Bryan Connolly with juggling and acrobatics to WhimsicallyMacabre, Long-legged Spinners

James Lopez with Magic to Ike Spivak, Ghost Me

Question and answer with Heather Meyer who I recently collaborated with for a staged reading of NOSTALGIA WILL KILL A ROOM presented by Dixon Place as part of Femme Fest (Feb 2020)
About Heather Meyer:
Heather Meyer hails from the world of contemporary opera theatre, where she has performed at HERE Arts Center, the NYC Fringe Festival, Park Avenue Armory, National Sawdust, Le Poisson Rouge and John Zorn’s club, The Stone, among others.

After coming to circus quite late in the game (but also having dreamt of running away with the circus at age 7), she now strives to create pieces that fuse aerial movement with 20th and 21st century classical singing. She enjoys exploring multi-disciplinary collaborations that allow room for more varied theatrical narratives than the traditional opera route. For more information and future performance dates, visit www.heathermichelemeyer.com.

Q&A
Lisa: Who and what are the enemy of freedoms in making art? The enemy being obstacles societal conditions/expectations, subject matter, etc etc?

Heather: In many ways, I think capitalism is one of the biggest enemies to art being truly free. It has always seemed to me that art is much more valued in democratic socialist countries, such as Germany, Austria, France, Italy, yet even that has changed as we have become a more globalist society, because you see less and less money being available to arts organizations even abroad, and you see arts organizations being run by politicians (in some cases) rather than artists. (I’ve seen this in German opera house).

And this is a double edged sword, because you need money to make art (or at least a lot of forms of art), but that shouldn’t mean we have to rely on corporations or wealthy people. That just puts an unrealistic strain and unrealistic expectations on an art form, because then they ultimately have to answer to those forms of money.

In terms of subject matter, particularly in America, I see the roots of our Puritanism being an enemy of art as well. Nudity of both women and men is still considered taboo, which I find ridiculous. Certain subjects (aging women, for example) aren’t necessarily taboo, but they aren’t really spoken about because it’s assumed that no one wants to hear about it. And in our culture now, of needing to be highly PC, or extra sensitive to certain subjects, I think that this will end up having an affect on artistic output. Do I think the ultra-sensitivity is warranted? On some levels, and with regard to some subjects, like race..yes. But I also think it’s dangerous to become so delicate that it ends up in censorship.

L: How as aging female artists do we push back against the limitations and expectations placed on us and still remain hireable in the art work force as hired help/creators/producers/participants?

H: I think we have to keep talking about being aging artists, and push back against the taboo of speaking of it. Men also feel these aging pressures, but no one really stops them from talking about it. (or at least I don’t think so).

Education is one of the only ways, I think.
Perhaps the more we talk about it, the more we present art that is relevant and not secretive about age (or maybe just art that is ageless?), maybe the easier it will be for presenters/producers to get used to it.

In opera, even though it’s a known fact that voices get better with age, we’ve still seen this yearning towards youth, especially as HD broadcasts appeared, Broadway and film directors started directing operas, and globalism (there it is again) crept into this particular art form. Except, this youth seems to mostly focused on female singers. Male singers, of course, are not as plentiful, as say, an average soprano, but it still doesn’t justify the youth-obsession for female singer.

I used to be really scared to talk about my age. Most singers are. And at some point, (mostly when I walked away from the traditional opera model), I stopped caring. I do still think it about it a lot though, as I did with my most recent audition, which was for a “mother in her 40s”, which went to a 30-something year old singer. So you know, it still happens, even in contemporary opera.

L: Do you see parallels in your other career and or careers? What are those careers?

H: I definitely see the parallels in opera, for sure. In contemporary classical work, I see a little less of it, but it’s still there, as I mentioned about. At least here, though, I end up feeling a tad less apologetic about it.

In wine, it’s not here as much, but there is definitely a culture happening right now in wine of focusing on youth (30 under 30 best sommeliers, for example, in some magazines), so those of us behind the scenes, who have been in the wine biz for 15-20 years need to make ourselves more and more visible via social media to get noticed and respected. At least  here, though, I see a lot more respect for women finally happening.

L: You read music does this influence how you see movement or move in work? I believe Mark Morris choreographed to a score? What limitations do you find when using music, voice, instrument when incorporating movement and aerial? Do the limitations open you to choices  creatively or limit you creatively?

H; I do think it influences how I see movement and how I move, for sure. I tend to think of things in fairly strict tempo, and with reference to how a line of music (whether instrumental or vocal) arcs. In a way, it might not be too different than someone who doesn’t read music, but I’ve always thought that my classical training of reading music has made me be a lot less flexible with movement and interpretation. Western classical music is fairly restrictive with things like improvisation and flexibility in tempi, etc, so I definitely feel that has influenced me as I’ve integrated singing into aerial movement.

The first limitation I found was that I had to abandon ideas of phrasing with breath, as many singers would, and focus mainly on intention (acting intention) and emotion, which was interesting. Normally, you’d use both for phrasing, but in the air, I just didn’t find that possible, so I decided to let myself breathe when I needed to, which took away that limitation and was a lot more freeing.

Two things about the tempo, though: while I think adherence/sensitivity to tempo/music reading gives me some level up in creativity, I also think that it can be limiting because it can get in the way of improvisation and flexibility. 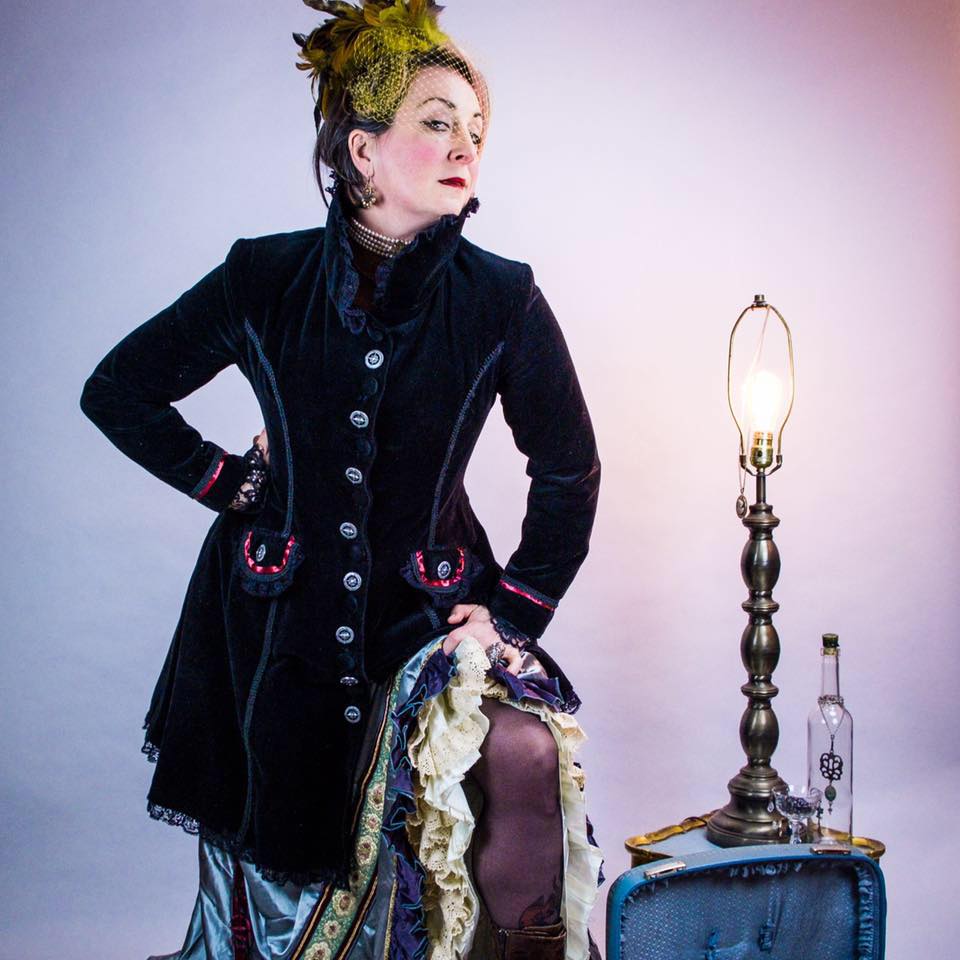 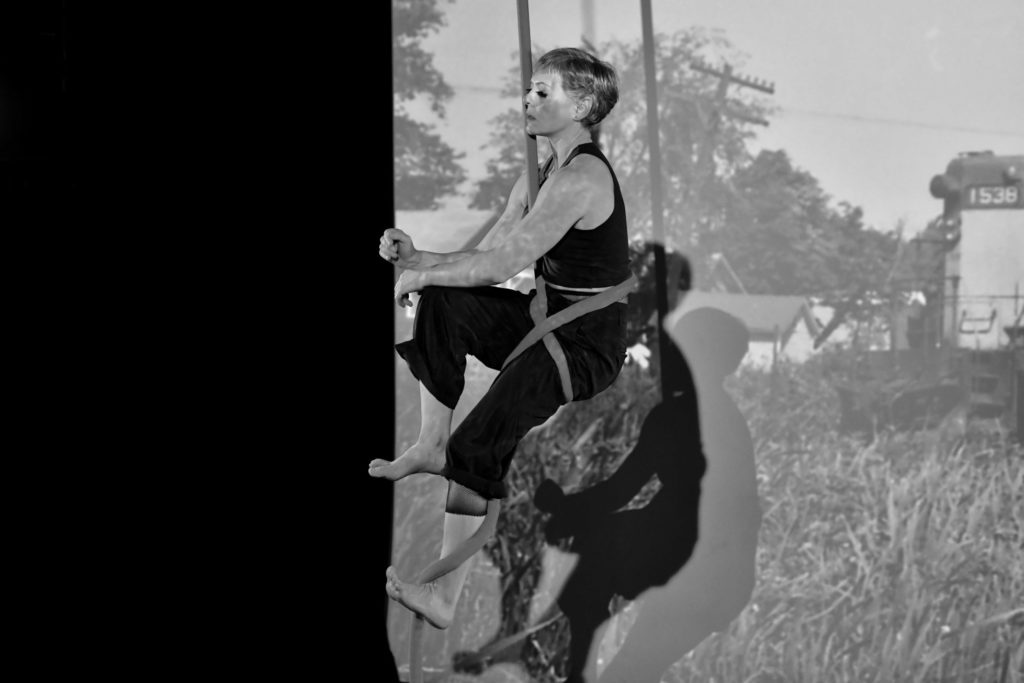 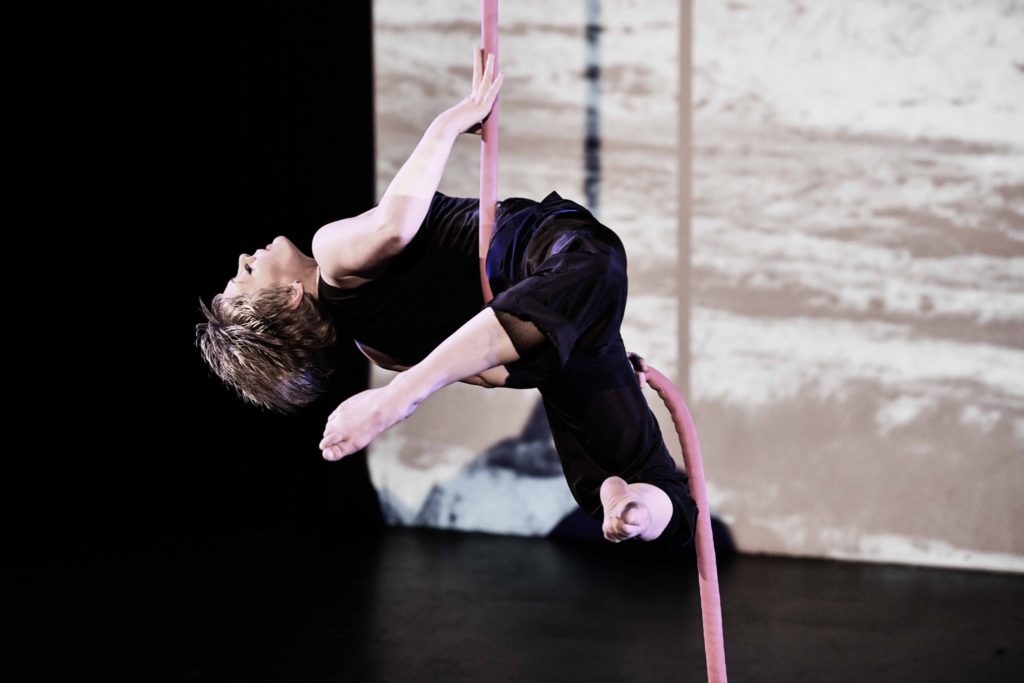 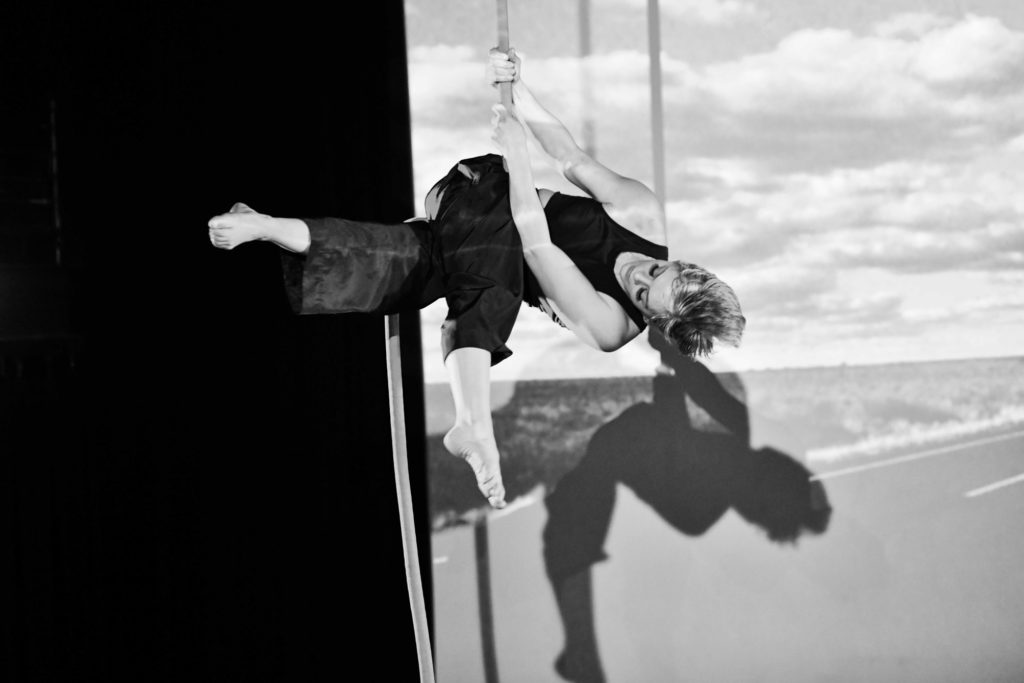 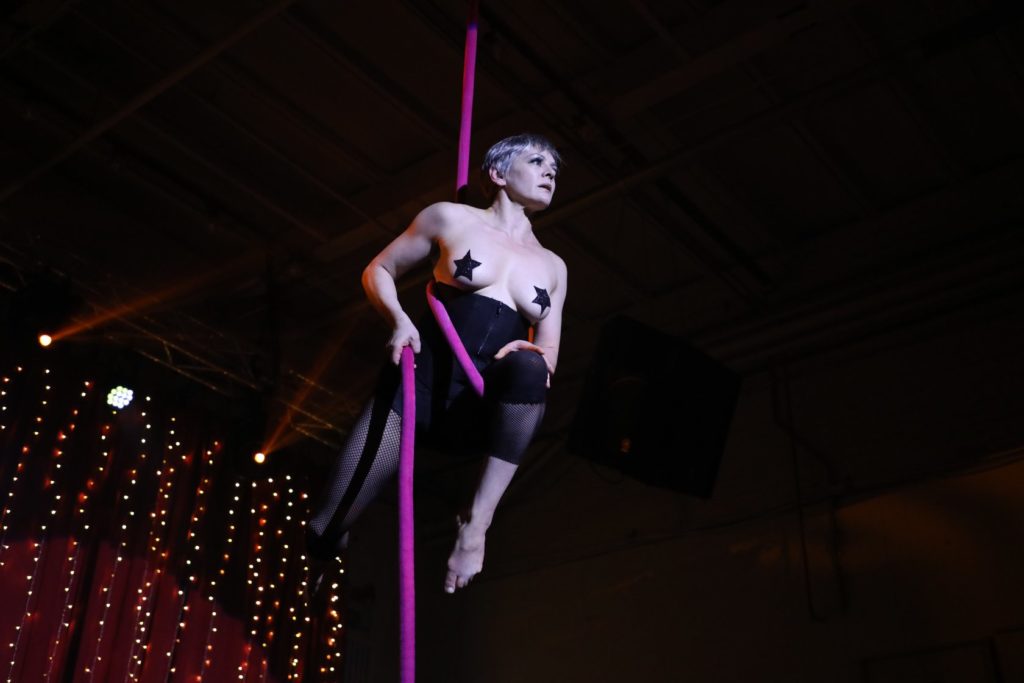 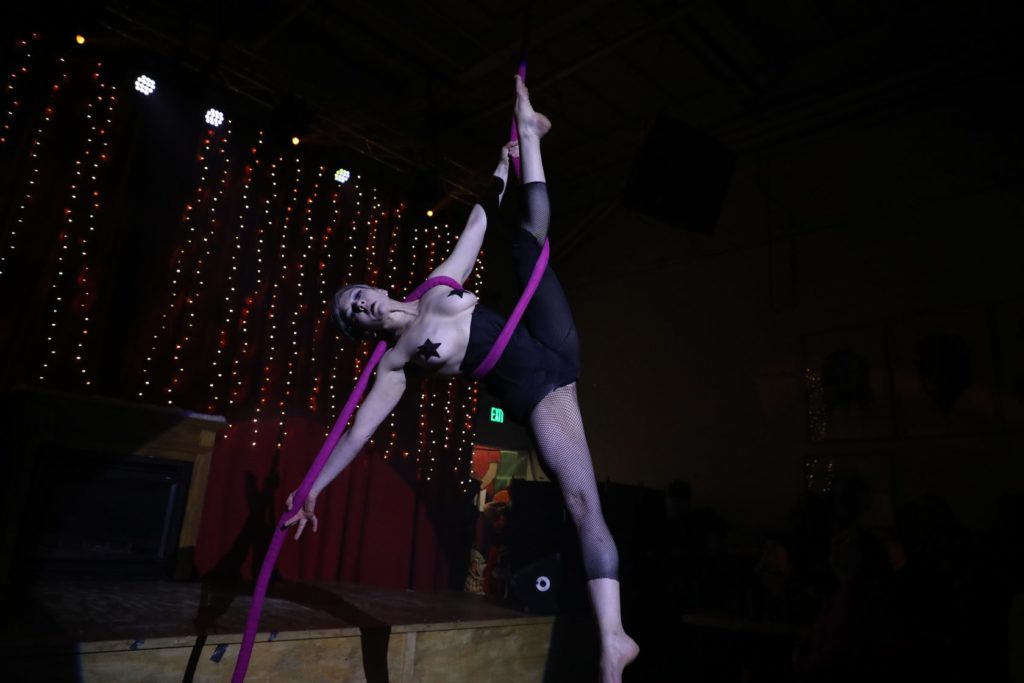 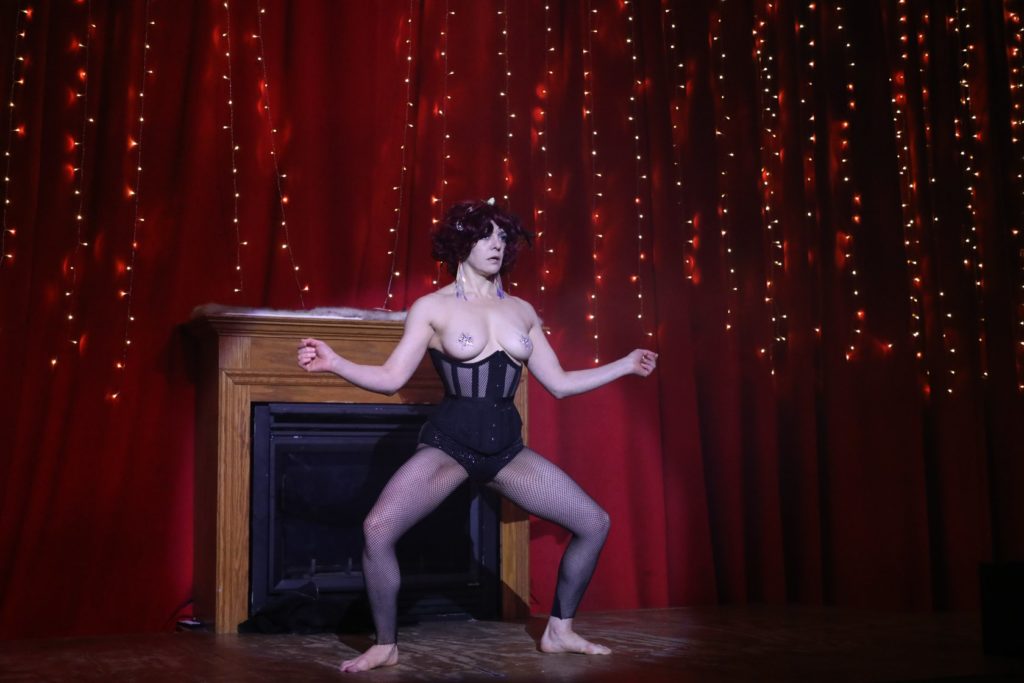 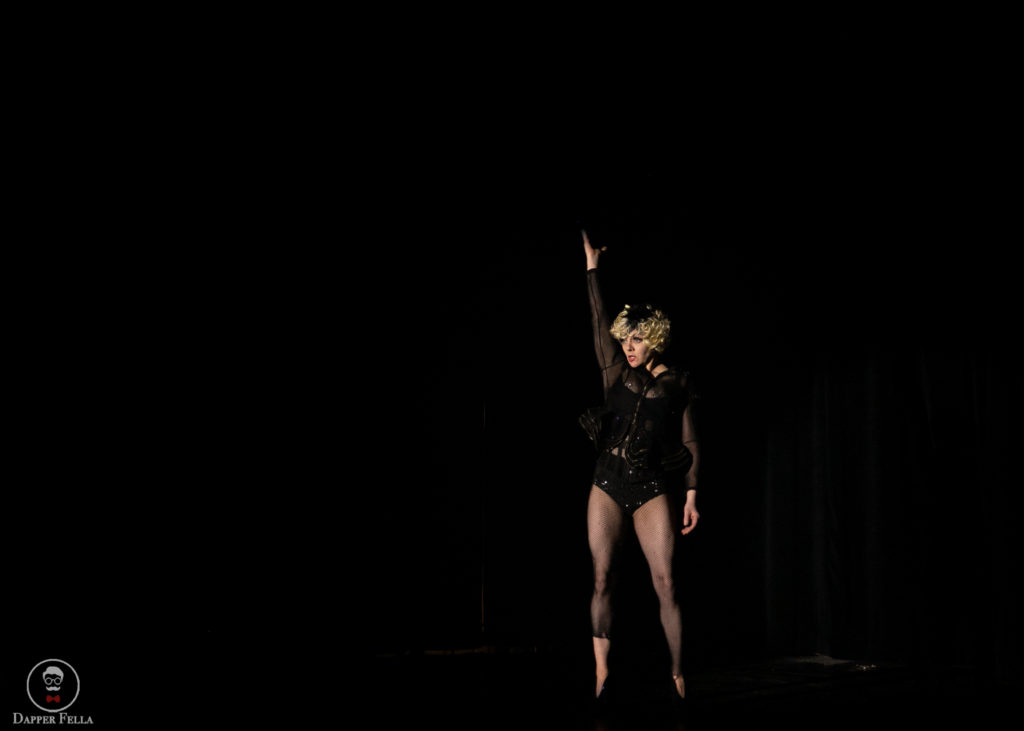 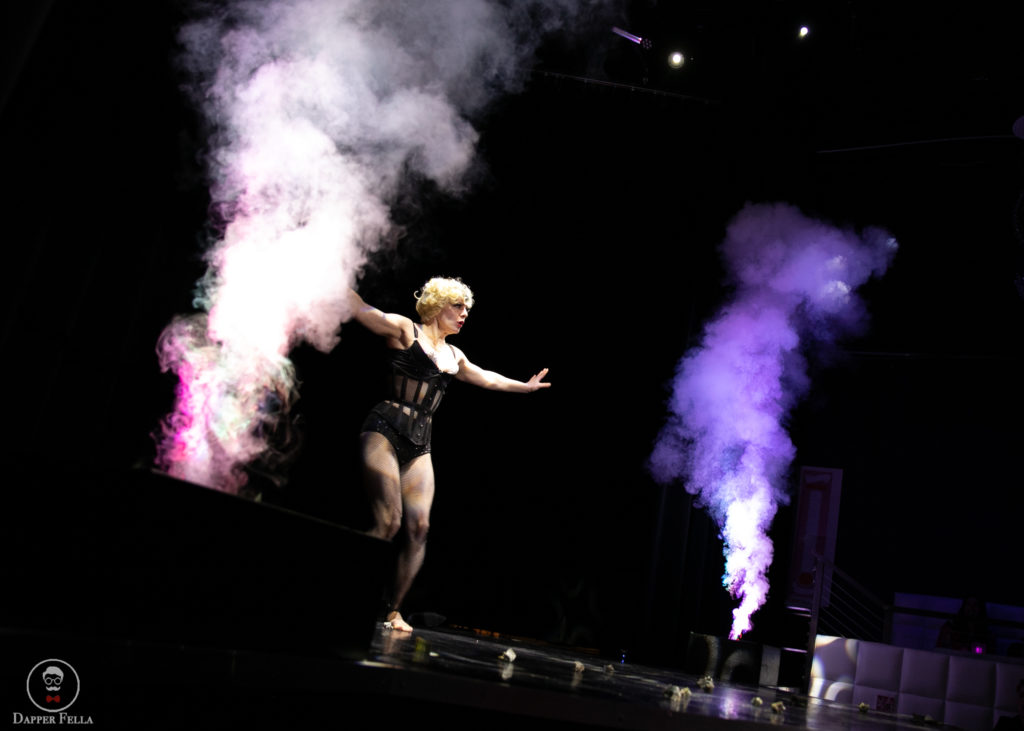 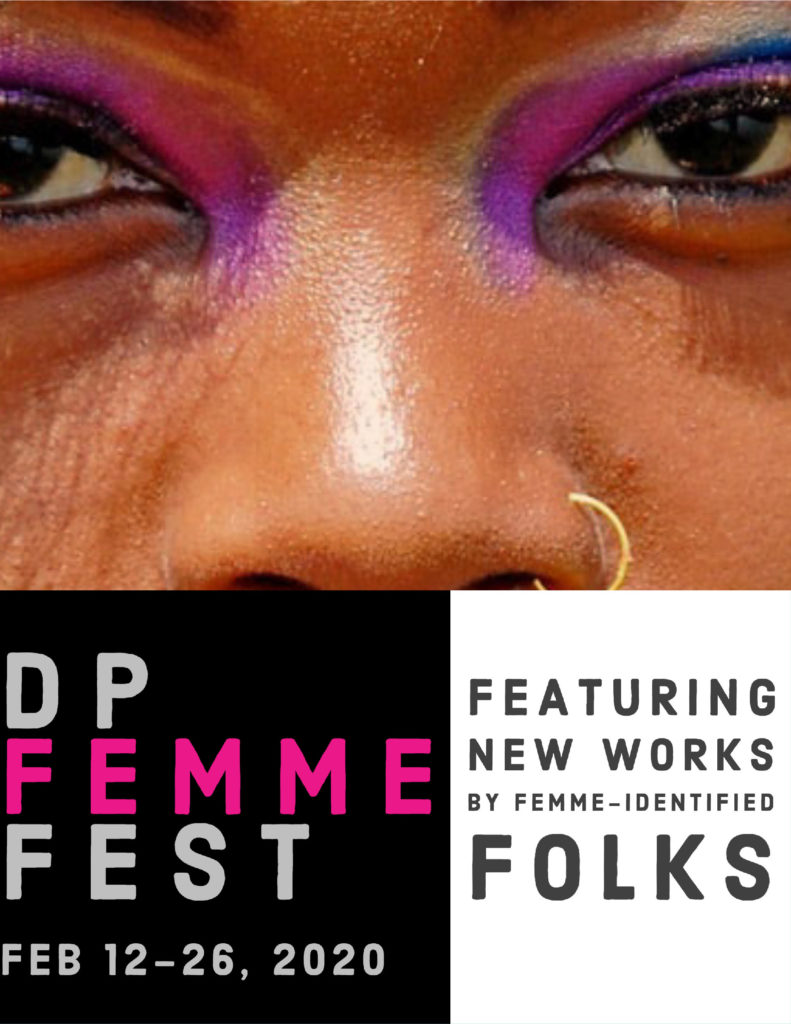 ABOUT THIS SHOWS
Nostalgia Will Kill A Room is a collection of short movement essays in the air, on the floor, and in conversation, pondering the body as politic. The evening moves between mediums of theater, circus, dance and pedestrian antics, forming and fitting the confines of physical and mental space, while performing and informing process.
Created and performed by Lisa Natoli
Guest performer Heather Meyer

The Burden of the Disease
Symptoms of autoimmune diseases like fatigue, depression and anxiety are often rooted in the “burden of the disease.” People bear the emotional and financial weight of illness – of carrying the knowledge there’s something happening inside our bodies that we can’t control.
Created and performed by Marisa Lark Wallin

“The Dixon Place Lounge is open before and after the show, and you can bring your drink in the theater! Bar proceeds directly support DP’s artists and mission.”

Pink & White Ball
Elektra Cute Presents at LUSH. (Minneapolis)
Feb 13th-15th 2020
Facebook Event: https://www.facebook.com/events/2789569327741123/
Marquee burlesque, drag, live music, and variety entertainers of the Twin Cities and BEYOND are coming together to throw a benefit for Planned Parenthood Minnesota, North Dakota, South Dakota Action Fund (PPMNS). This weekend long extravaganza features three unique and thrilling nights of entertainment, a silent auction with a range of items from local and national vendors, workshops taught by our visiting superstars, and the trademark excellence you’ve come to expect from the team at Elektra Cute Presents!

———-TICKETS———-
General Admission $20 | Premium $30
TICKETS: www.thepinkandwhiteball.com
Premium seating will be in the front portion of the event center.
Interested in VIP? Email Party@LUSHmpls.com

———-SILENT AUCTION———
We’ll be featuring some incredible items from local and national donors! Have something you’d like to contribute? Email info@elektracutepresents.com! 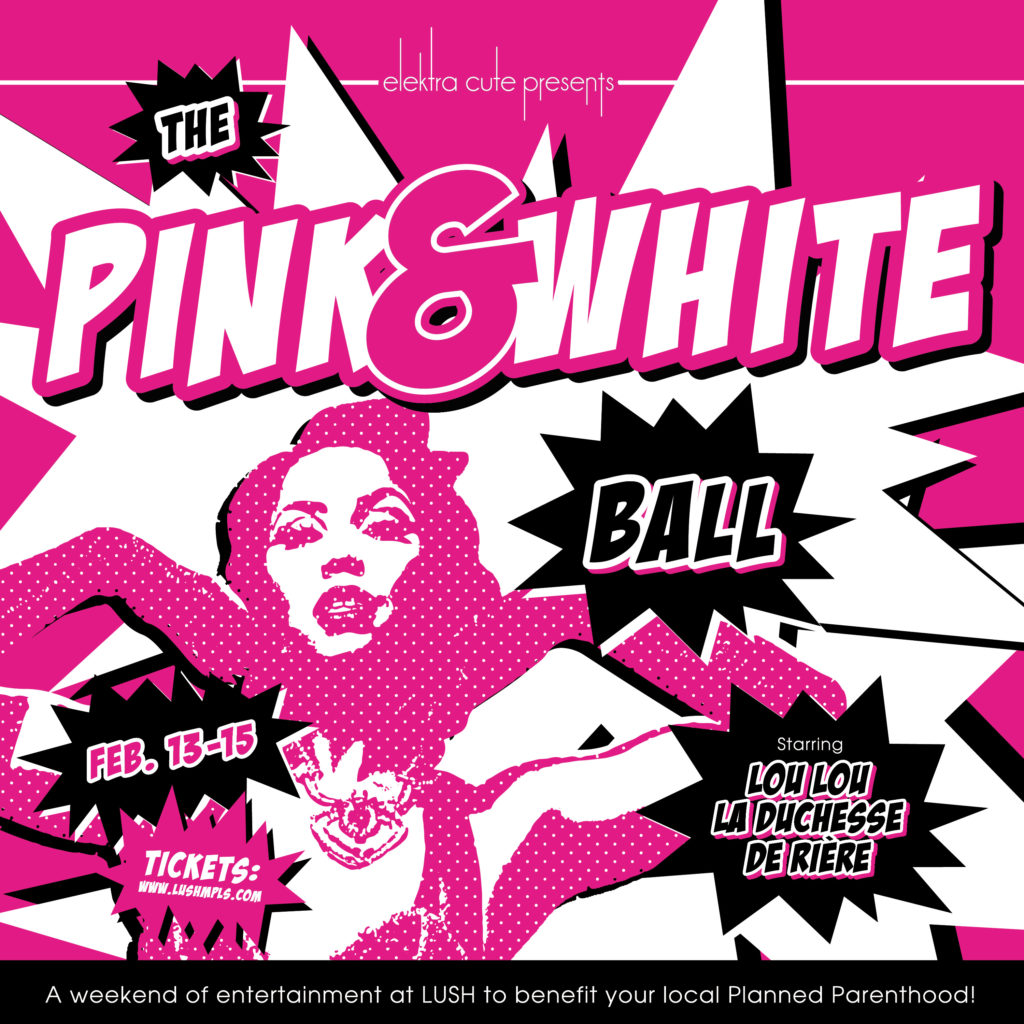 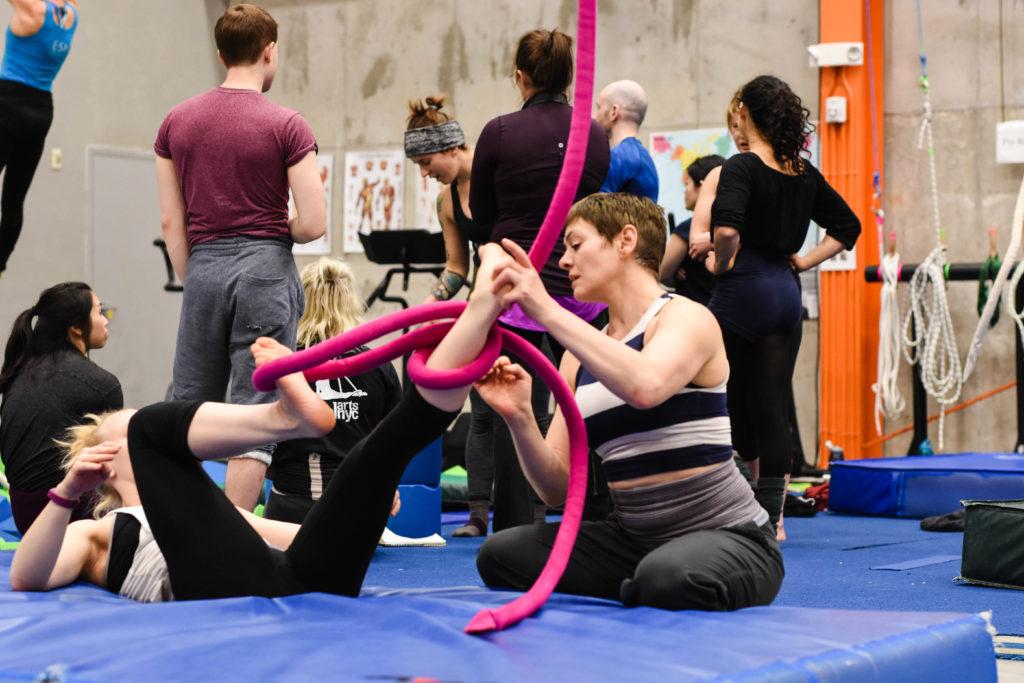 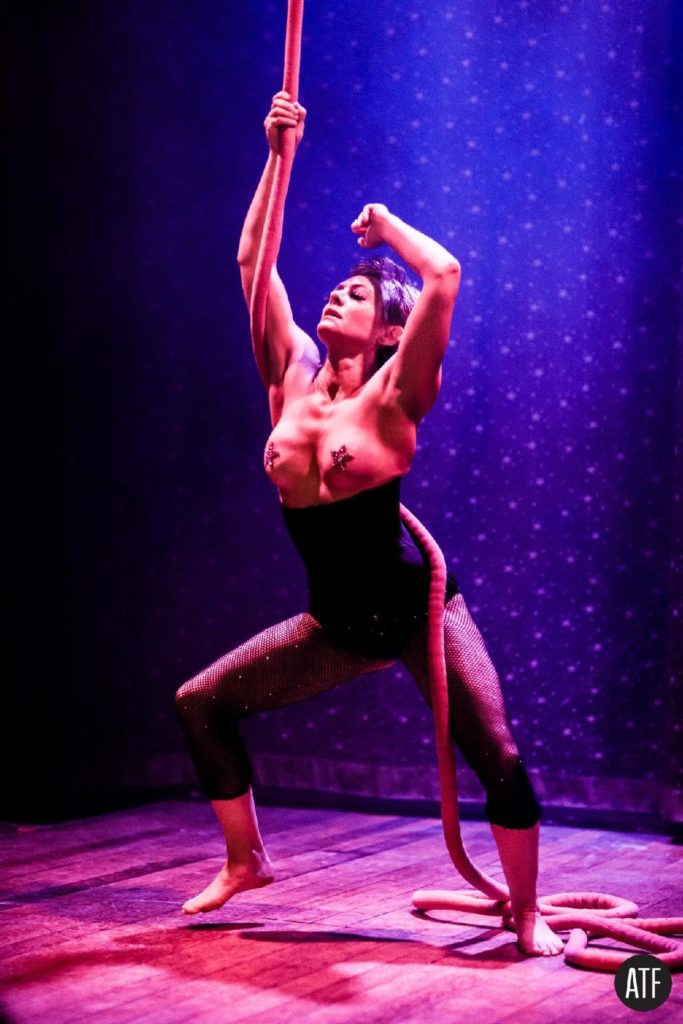 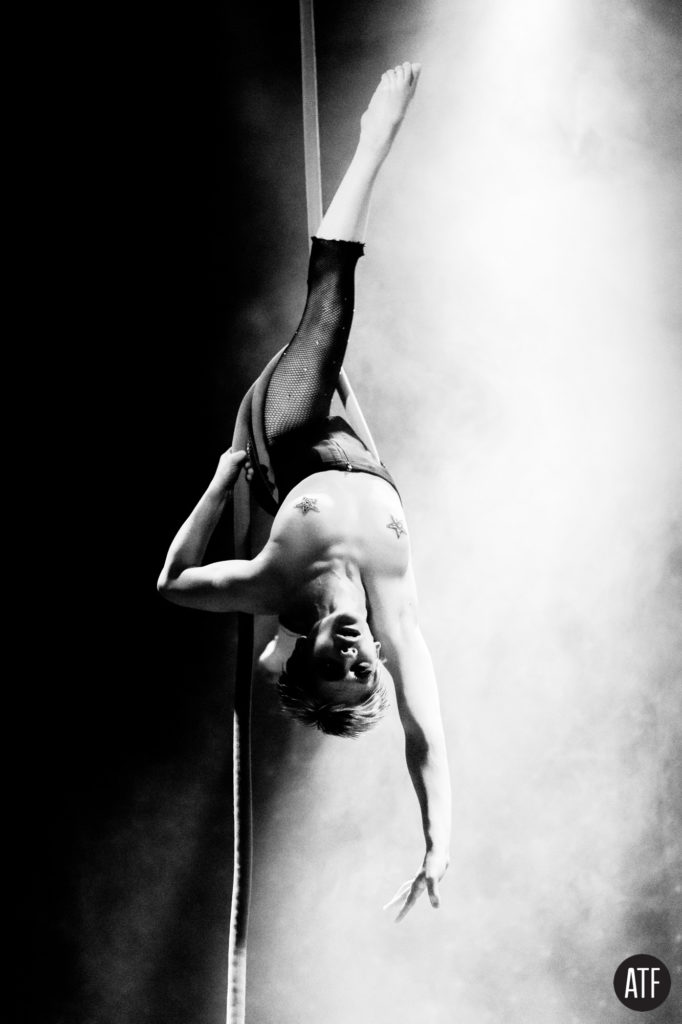 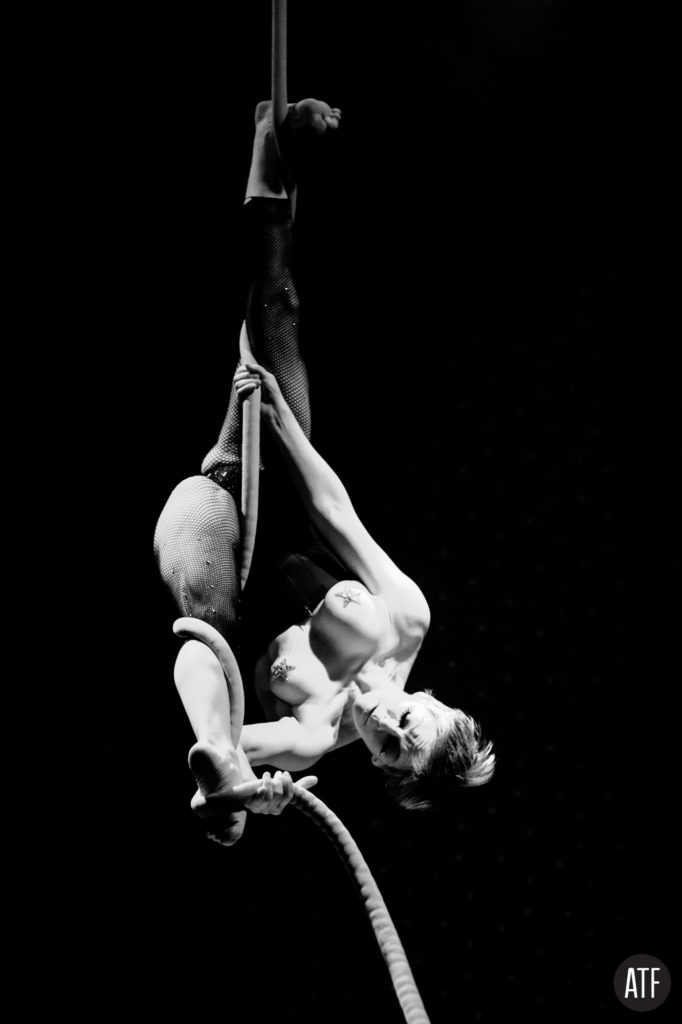 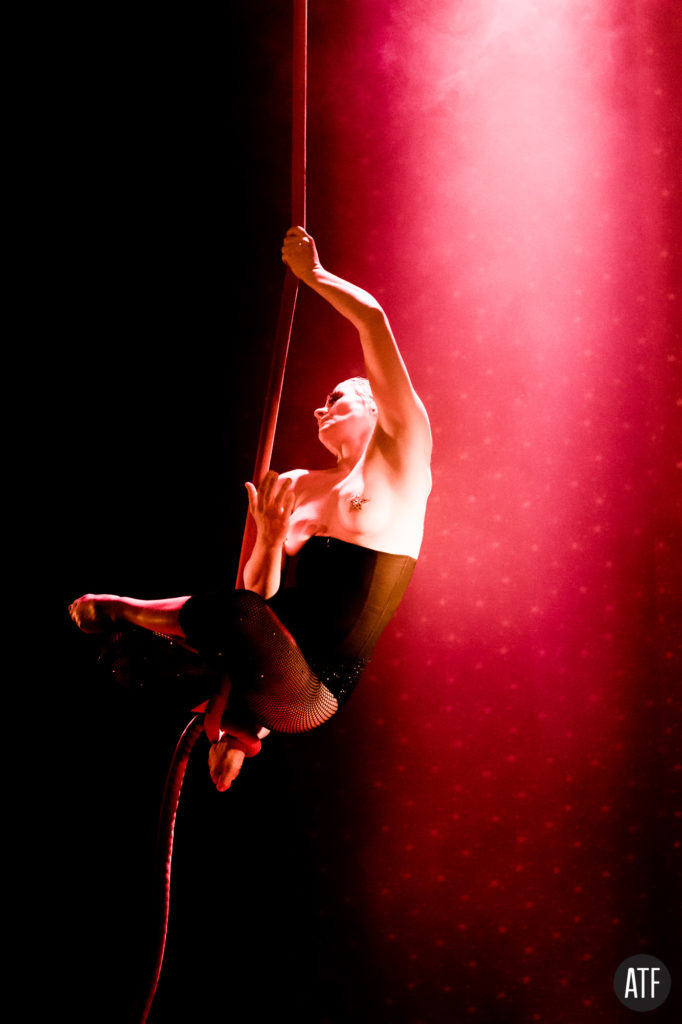 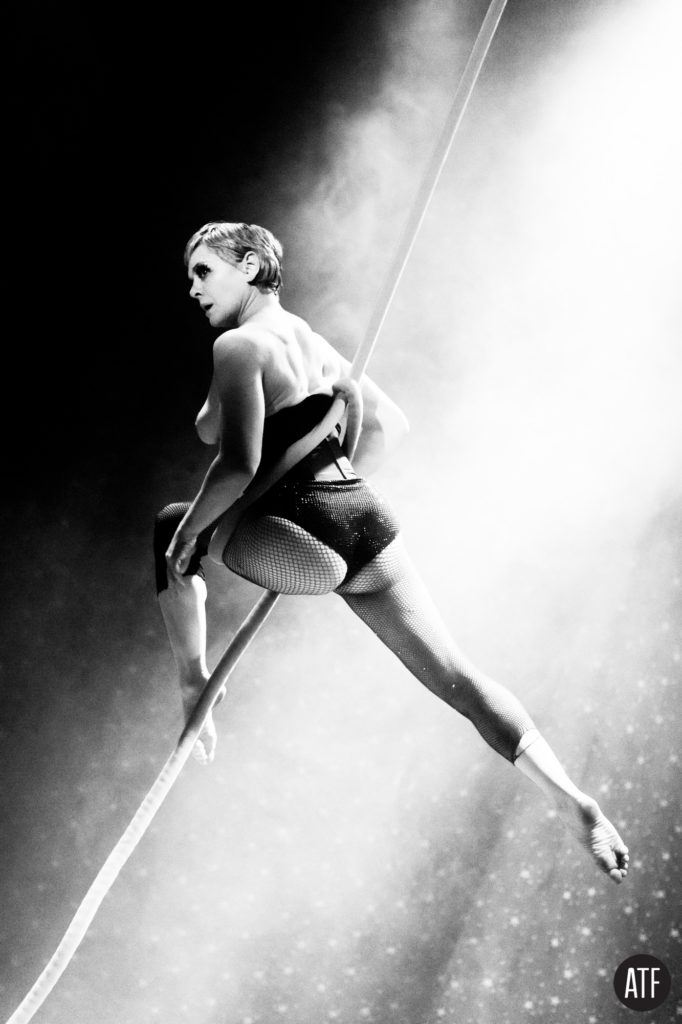 I had a really great time performing in Elizabeth Munn’s work.
“I Can’t Sleep” at Dixon Place. Oct 19th. 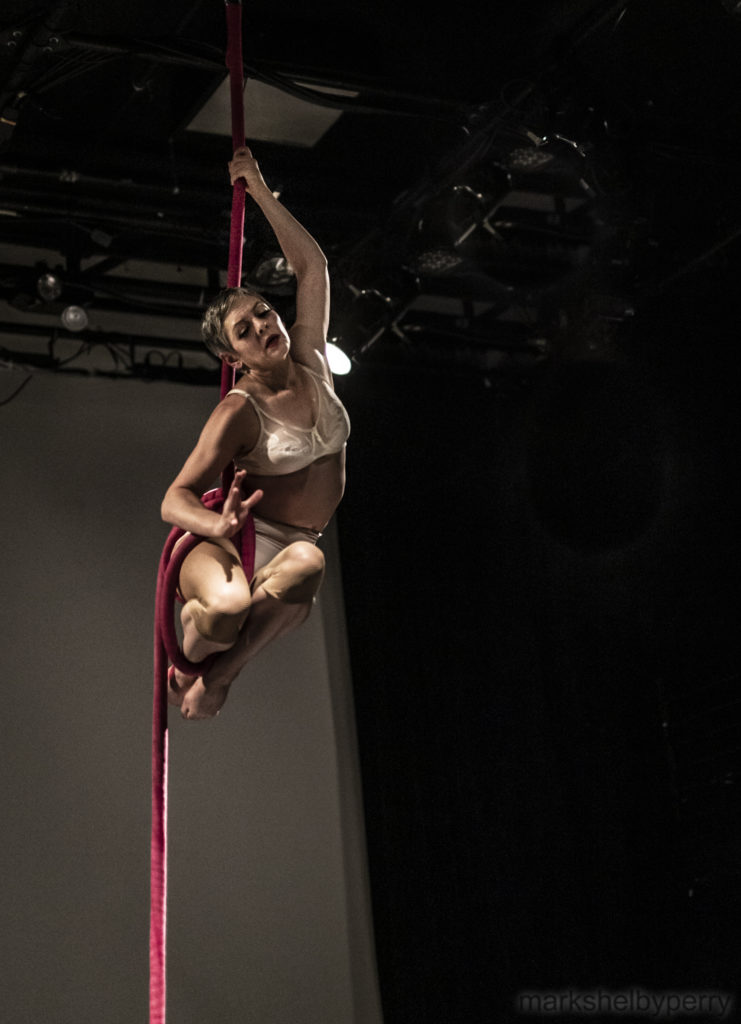 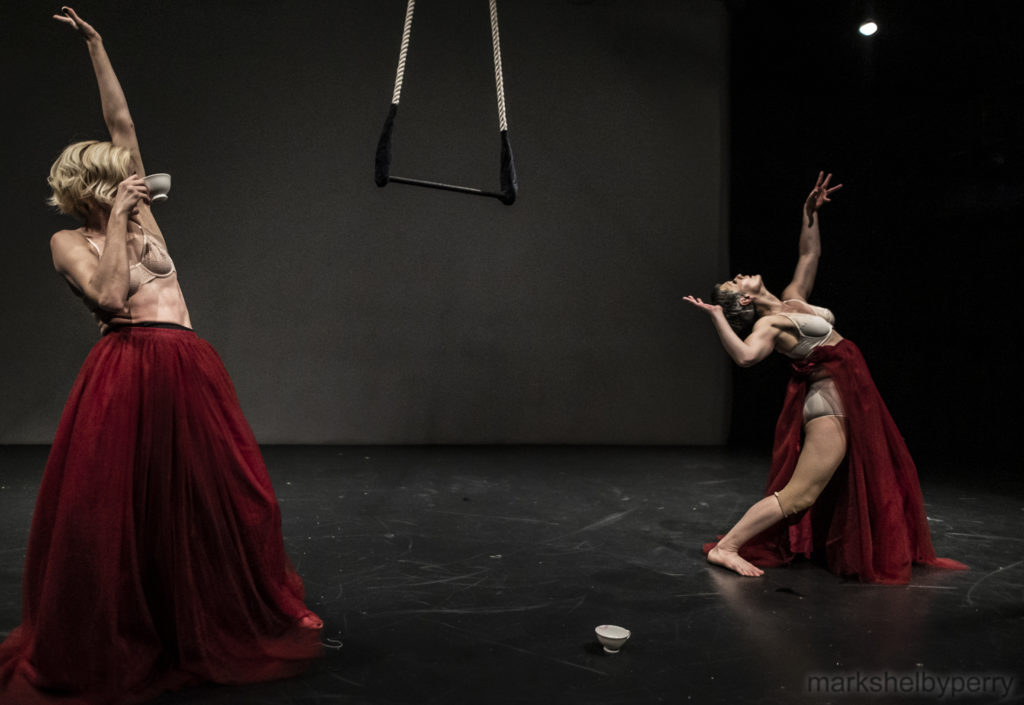 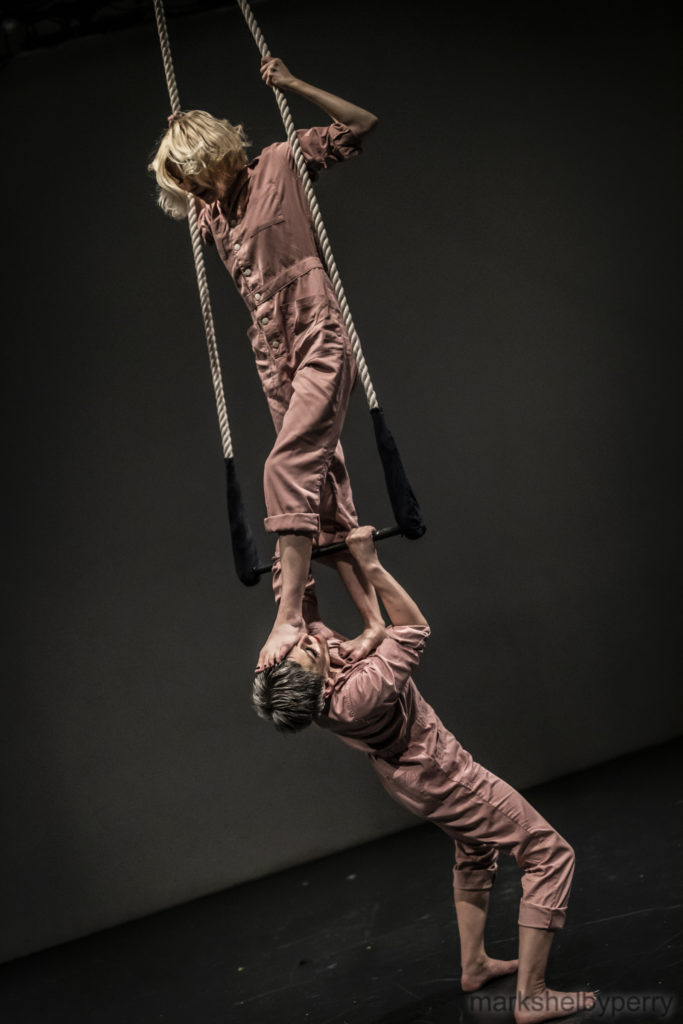 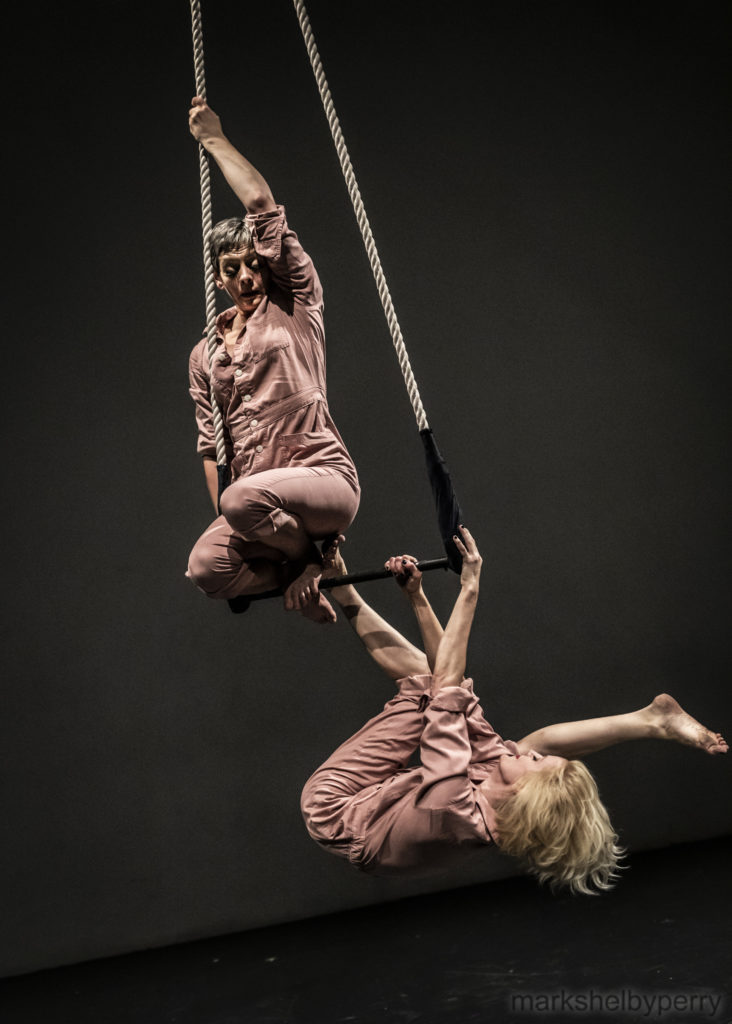